Minerva Insurance is the new sponsor of CFA arbitration 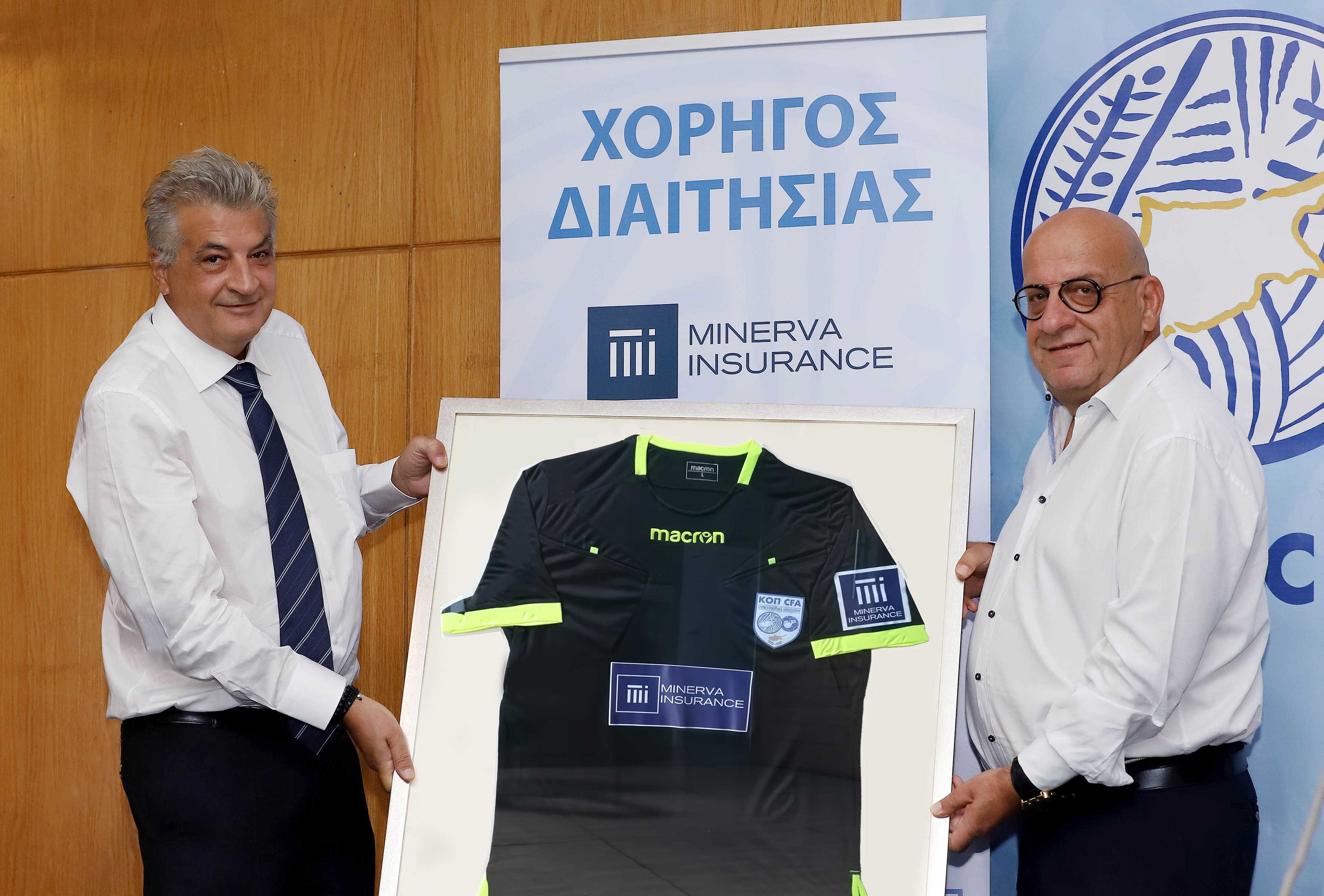 Minerva Insurance Company is the new arbitration sponsor. The sponsorship agreement between Minerva and the CFA will last for two years and was presented at noon in a press conference in the presence of the President of CFA George Kouma and the Executive President of Minerva Marios Koutsokoumnis.

"This is a cooperation that especially honors the Federation and the Cypriot football in general, bringing together two organizations that are inextricably linked," said in his greeting the President of the CFA, to add:

"As an arbitration sponsor, with the unquestionable reliability and professionalism of its executives, Minerva Insurance, gives the prestige and impartiality that we aspire to characterize the Cypriot arbitration.

Today's announcement of our sponsor has another important peculiarity that concerns the CFA and the big family of Cypriot football. We are especially honored by the decision of Minerva Insurance, in which the late president of the CFA, Kostakis Koutsokoumnis, headed for years.

Dear Marie, thank you very much for your decision and we are really glad to see the company, under your guidance, grow and establish itself in the Cypriot market. I believe that Kostakis, where he is, will be happy for this cooperation ".

Marios Koutsokoumnis, among other things, mentioned in his greeting:

"As Minerva Insurance Company we have long-standing ties with football. We support CFA and President George Koumas. Our company will be promoted for two years in all stadiums, having a neutral presence. I wish good luck to the referees in their difficult work."

Working hours update We inform you that our company will change its operating hours for 2023 as followsMonday - Thursday: …